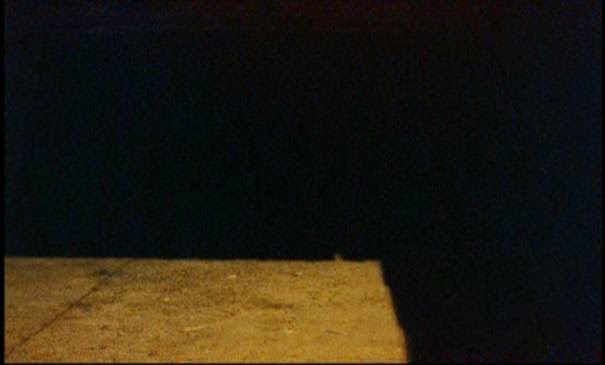 I don’t know a whole heck of a lot about this movie other than that it is now a few years old and that the director has recently been involved in some of those anthology horror films.  None of what I just said leads me to believe it will be very good, but I’ve been wrong before.

[DVD Menu and intro has that grainy “faux” grindhouse look…]

Starkwell: So it’s to be one of those?

Lovelock: This was made for the Showtime network?

Starkwell: If it was ScyFy I’d be running for the hills.

Anyways, the intro is set up as if we are watching some old black and white horror television program.  The director does a decent job making fun of old fashioned black and white cheeseball TV horror.  Unfortunately it takes too long to get going.  Like, yeah, we get it, old horror.

[The “frightmare” tv show thingy goes on, as he introduces the story of people on a way to a wedding.]

Lovelock: The intro to Disney’s is more gripping than this.

Starkwell: The movie is only eighty minutes, and he had to pad the beginning with this?

Lovelock:  Plus these credits are taking a good five minutes.

[This is the second round of intro/credits if you count the ones before the fake TV show thing.]

Around the seven or eight minute mark, now the movie starts.  It’s Halloween (?) and some college kids are on their way to a wedding?  Then a bat or something flies into their car.

[Old farmer guy goes to lock up his barn and is turned into a zombie by… bats?]

[His wife goes to find him and it cuts away before we see anything, so maybe he isn’t a zombie.  I don’t know.]

Starkwell: Is the movie just going to keep NOT SHOWING us something and then cutting away?

The film is really poorly lit.  There are a lot of dark shots of the actors holding flashlights and honestly, you can’t see anything.  So the college kids are stranded, and thankfully they are near the farmhouse, which hopefully means someone will get eaten soon.  Thirty minutes in and not much has happened except some college kids getting their car stuck in a ditch.

[Finally the “goofy” college kid goes to check out the barn.  Dies?  There’s a cop that goes in next, and he… also dies?  Actually we actually SEE the cop die, unlike everything else so far.]

Lovelock: Wait, he didn’t die by bats, he fell out a window?  That’s lame.

Starkwell: Is the cop Trent Reznor?

Starkwell: I’m just trying to find something, anything, to be even just a touch excited about.

Lovelock: Maybe he jumped out the window to hurt himself, today.

Lovelock: To see if he still feels.

All of this is followed by a whole bunch more of the college kids being all “what should we do?  I don’t know.  What should we do?  Let’s talk about it forever”.  Honestly, JUST DO SOMETHING.  Also, why did they bother make it Halloween, and mention it explicitly... it's fully irrelevant.

[Finally, zombie cop pops out with a melty face and a rabid demeanor.]

Lovelock: There we go.  More of that, movie, and less of EVERYTHING ELSE YOU’VE DONE SO FAR.

[The college kids beat him to death with a shovel.]

Starkwell: They had him locked up in a barn… why would they just kill him when they don’t even know what’s wrong with him?  Crazy.

[That happens a lot in these movies.  I like to think in real life people wouldn’t go right from “Bill, is that you?” to “SHOVEL YOUR FACE TO A PULP”.]

[Guy with glasses shoots old lady zombie in the face.]

Lovelock: Wait, he had never even seen her before, and all she was doing was shuffling around in a room…  There was NOTHING about her that suggested zombie, or monster, or SHOOT ME.

Lovelock: Maybe not.  I mean the dude just shot his wife in the face, maybe he’s just getting revenge.  In conclusion, this is some bullshit right here.

Then, as if to say “just when you thought this shit was ending soon” it cuts back to the fake tv show, and the “host” says some dumb shit and then it goes back to the movie.  WHY?!?!?!?!

The end.  But not before another shitty black and white tv show segment, which, for some reason, this time is in widescreen as opposed to being in full screen as it was earlier.  If you're gonna be lame, at least keep the lame consistent.  GIMMICKS EVERYWHERE! Hate.
Documented by Kev D. and Posted at 08:21