Zombie Ass: The Toilet of the Dead. 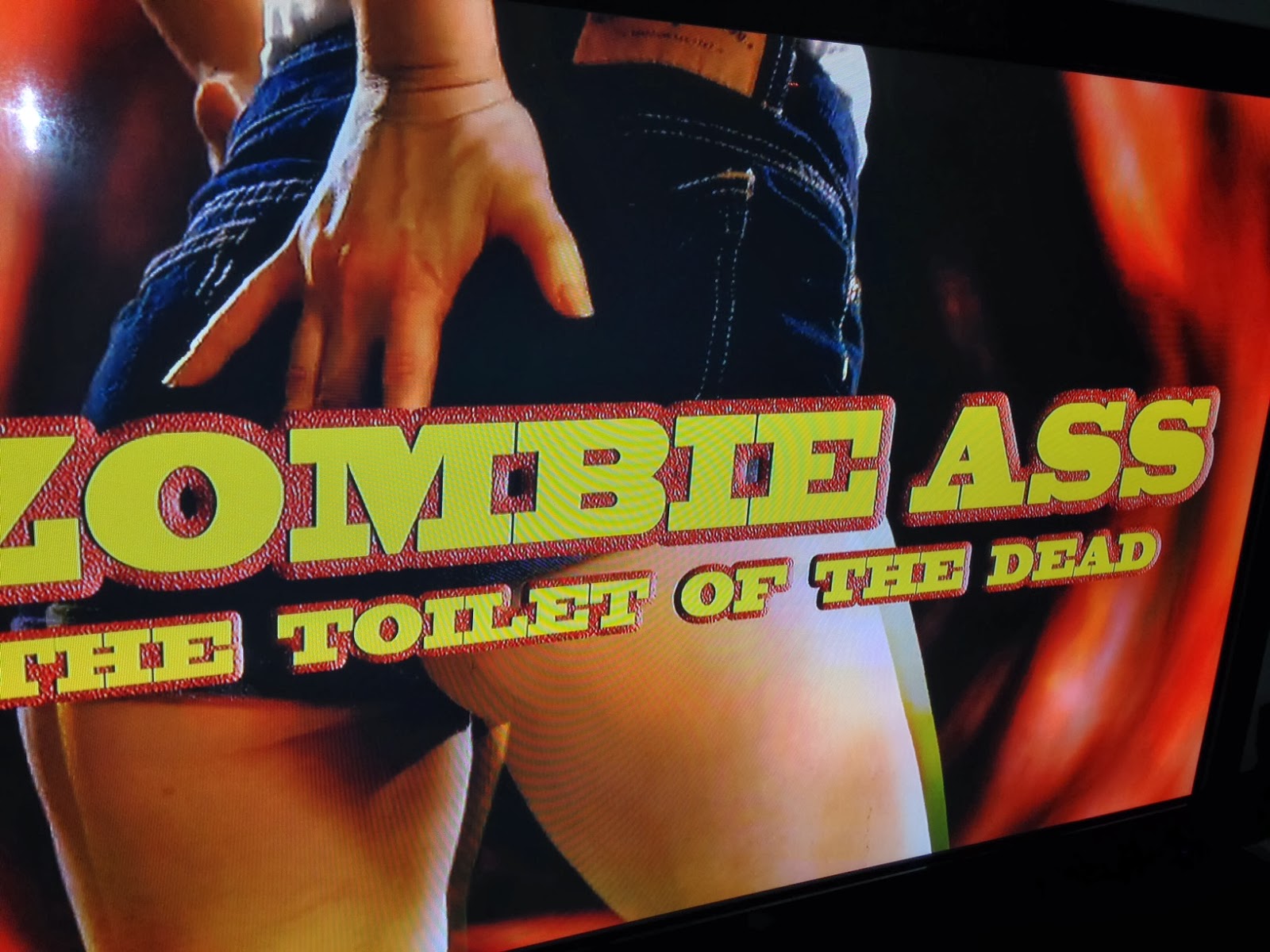 From the land of films like “Girls Swim Team vs. the Undead” and “Big Tits Zombie” comes a film with, arguably, the dumbest title to appear on Zombie Hall thus far (although “Retardead” might forever be the official selection for worst title)… “Zombie Ass” alone wasn’t enough.  They had to throw in “Toilet of the Dead”.  I feel like the film makers are already telling us a lot about the movie and where it belongs with a title like that.  But we’ll see, I supposed.   The film opens with a scientist making a zombie vomit shit into the mouth of his daughter.

Starkwell: Wait, why is he making her eat shit?

[Flashback to earlier in her life, where main character Megumi watches a bunch of mean girls bully her sister, and ask her to eat shit.]

Lovelock: So this is the worst thing ever?

The next scene featured a guy taking medicine and projectile vomiting everywhere on the side of the road.  It looks like Starkwell is already quite close to leaving.  I’ll be honest, the production value is way above what I think we were all expecting.

[A model with huge boobs is trying to find parasites in a river, to eat them, to stay thin.]

Starkwell: Wait, why is Megumi with these people?

Lovelock: Why on Earth would she be wearing her schoolgirl outfit when she isn’t at school?

Starkwell: This ain't Earth.  It's Japan.

[Then they are camping and Booby Girl makes out with the group’s leader.  Megumi hangs out by the river practicing slow Karate.]

[Boobly Girl eats a worm that they pull out of a fish from the river.]

Starkwell: Why on Earth would anyone think that would work?

Then a zombie runs into them and bites off Leader Guy finger and then somehow their van is stolen, so they’re stuck in the woods.  They are all freaking out, except Megumi.  She steps up and is all KARATE TOUGH.  Then Booby Girl starts feeling sick and she walks away slowly towards the outhouse, farting many many times.  Starkwell leaves right around the time she takes her pants off and squats in front of the camera, farting and talking about how she is about to have the worst runs in her life.  Seriously, they focus on her squatting ass farting for like a minute or two.  When she isn’t farting, she’s moaning.  When they aren’t showing her ass, it’s a close-up on her boobs.

[A zombie hand emerges from the outhouse shit hole, and grabs her ass.]

[She farts yellow smoke on the zombie, then he comes out of the shithole and starts ripping her dress off…]

[A bunch of shit covered zombies emerge from the nearby woods/house and chase them.]

[Booby Girl is unable to run with them, instead she falls down on all fours, with her bare ass still hanging out, and farts a HUGE cloud of yellow smoke that turns into a demon face momentarily.]

[One zombie starts shitting from his mouth, then a creature comes out of Booby Girl’s ass. Oh yeah, Booby Girl is dead.]

Lovelock: Oatmeal was a bad choice for a snack while watching this movie.

[Oatmeal is probably a bad choice for any zombie movie, really.  Why on Earth would you eat oatmeal while watching a zombie movie?]

Lovelock: This ain't Earth.  It's Japan.

They end up in a cabin with a crazy old man with a shotgun, who immediately blows his own head off.  The zombies seem to ooze shit.  It’s gross.  But the soundtrack is actually really cool.  They start fighting the zombie horde, and the effects are TERRIBLE.  Anyways, it seems like the zombies all have those weird wormy demon things living inside of them, so clearly the worms from the river are causing the outbreak.  Then they are saved by the doctor from the opening scene.

Lovelock: Again, why on Earth would that other girl also be dressed in her schoolgirl outfit when NOT in school?

Starkwell: This ain't Earth.  It's Japan.

Starkwell: Nope.  I left my book in here.  Looks like it got even worse since I left.  See ya.

Then Leader Guy’s bitten finger catches up with him and his head blows up.  Gore and effect wise, it’s the highlight so far.  Then, obviously, the girl who is showering to wash the blood off asks Megumi to join her in the shower.  And Obviously, Megumi does join her.  But not before they show her stripping for like an hour.

[Cut back to the earlier flashback, which ended with Megumi’s sister running and jumping off the roof.]

Lovelock: So wait, she’s thinking about that while the other girl is grabbing her ass?

[Then scientist guy gives his daughter a boiling hot enema and she poops out a four foot long worm, that he collects in a bedpan.]

Lovelock: At least put some fucking gloves on, shit dude.

So it turns out the scientist is behind the whole thing, he is helping the parasites take over the village people.  Not "The Village People", but the people of the village nearby.  They knock him out and try to escape, but they are clearly all infected.  Megumi is going after the medicine while the two remaining survivors of the gang fight zombies, who now walk around bent over, ass forward with a wormhead coming out of their asshole, and farting CONSTANTLY.

[Booby Girl is back, the worm coming out of her ass wraps around the other girl in the group, and starts pulling her clothes off… and raping her?]

That scene went on for a really long time.  Booby Girl eventually turns into a giant Fly Monster and goes after Megumi who, ultimately, saves the day.  But not before her shirt gets ripped and her boob is showing for the whole final fight scene, which involves her using farts like a jet pack and flying through the air to fight the Fly Monster eventually shoving a syringe up the monster's ass.  Also there’s more tentacle raping.  This ain't Earth.  It's Japan.
Documented by Kev D. and Posted at 10:27