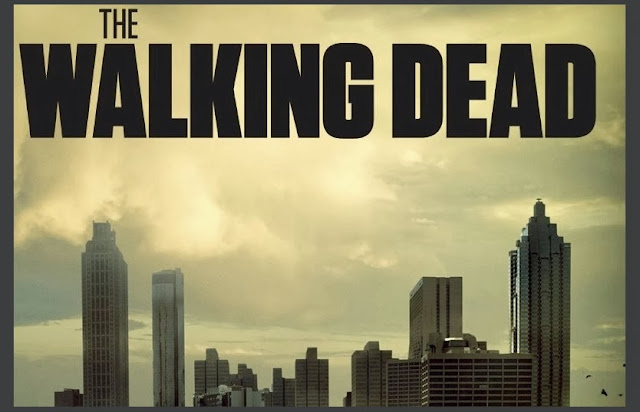 Burt Malone sent me this letter a while ago regarding the television show.  I think it was right before season three hit the air… but I’m not sure.  Unlike some that he sends me via email, he hand wrote this one and slid it under my door.  So I don’t really have a date attached to it.  No matter when EXACTLY he wrote it, it still makes sense now, even if it is a little curmudgeonly.  Take it away, Burt.

AMC’s “The Walking Dead” is amazing.  Boom.  I said it.  Look, it does nothing to reinvent the wheel, but it takes the classic Romero-ish dead story and runs with it in an epic miniseries-that-goes-on-forever style (while maintaining a classic, much appreciated, “zombies DON’T run” philosophy, and avoiding having bullshit sympathetic “Bub”-like pet zombies).  The acting is great, the directing, the writing… characters are developed that you GENUINELY care for and root for.

I won’t go into any more detail about what I love about the show and why it is so great.  Does it stray from the source material?  Of course.  But seriously, who gives a shit?  It has become its own thing at this point, separate from the comic.  It’s like comparing “The Office” with the long running American version.  One came first, but both had Gervais’ name attached.  The US follow-up started with a rough copy of the original for a pilot, then went off in its own direction.  Guess what?  Both were awesome.

The problem I have with this ‘hit’ show has absolutely nothing to do with the show itself.  No sir.  The bone I have to pick dates back to, at this point, probably at least as far back as the release of “Zombieland”.  It started around then, and “The Walking Dead” has made it much much worse.  I’m talking, of course, about  zombie fever.  Everyone and anyone suddenly claiming to LOOOooOOOVE zombie films.

I mean, now there are apps to make your face be a zombie face.  And Halloween costumes.  And zombie 5Ks, and bumper stickers that say dumb shit like “I HART BRAINZ” and shit and ALL THAT SHIT.

Everyone in the universe is playing “Plants Vs. Zombies” on their phones and taking a break from watching their favorite show (likely about surgically altered housewives that aren’t even married but somehow call themselves housewives) to watch “The Walking Dead”?  What?

And zombies are in COMMERCIALS now.  Honestly, advertising is the place that jokes and ideas go to DIE.

What’s worse is that now people go all faux connoisseurs and will be all “THAT’S NOT A ZOMBIE MOVIE” about movies that TOTALLY FUCKING ARE zombie movies.  They just don’t realize that zombies don’t all bite and eat flesh, they’re not all slow or fast, they’re not even always contagious, and they certainly don’t all require head shots or require brains to survive.  Shit, some don’t even die, ever.  Throw your made-up rule book out the window and get an education.  Watch something from forty, fifty, sixty, seventy, or hell, even eighty years ago.

“What’s your favorite zombie movie?”
“Definitely ‘Zombieland’ because it was like, the first zombie movie. It's like the original.”
“GAAAaaaaaaaaaahhhhhhhhh-”

And then Burt’s brain explodes.

Ok, fine.  I know.  I’m being a snob.  I realize that the popularity of films like “Zombieland” and shows like “The Walking Dead” will only lead to more zombie films, which should make me happy right?  Like when a band you love gets huge and suddenly lots more people listen to them right?  Now they can make albums forever.

Wrong.  Sort of.  It's complicated.

When zombies are suddenly big time money makers?  That’s what leads to the past few years having about five or six different zombie films with the word ‘stripper’ in the title.  “The Asylum” has made at least five zombie mockbusters in the last year or so (SciFi originals?  Oxymoron.), and probably have countless more in production.  I mean, there was a bidding war between Brad Pitt and Leonardo DiCaprio over who could fuck up Max Brooks’ “World War Z” more.  That’s insane.

Not to mention that nowadays, any jackass with an iMac Nintendo Pac-Man video game can piece together a turd and put it up on the Youtube.  So, like every art form in this age of information, it’s easy to just put it out there, but hard for it to actually stand out from the pack.  The pack of pure shit.

Why do you think the only films Lovelock and Starkwell call unwatchable were made in the last ten years?

But, I guess that’s what Lovelock and Starkwell are here for.  Sifting through all of the garbage, all of the cookie-cutter zombie waste, all of the mockbusters big and small, to find the genuine gems, worth more than just their weight in about-to-be thrown out the window DVDs.

I do believe that there are still great zombie films waiting to be made.  And I’m sure that they’ll come around when we least expect them to, like true love or when you accidentally tag yourself in the nuts.  That’s what happened with “The Walking Dead”.  I never expected to see a zombie TV Show.  Once it was starting up, I never expected it to be any good.  And I certainly never expected it to get this kind of attention and acclaim.

So, everyone, resist the urge to be one of those assholes that hate “The Walking Dead” just BECAUSE it’s popular.  The show rules and I can’t wait to see what happens next.

That’s it.  Now I think I’ll go hibernate until next season.

Even when he likes these things, his letters have so much anger injected into them.  I can only hope he doesn’t ever write me about a movie or show he hates.  I can’t help but feel it will come with a flaming bag of dog droppings.
Documented by Kev D. and Posted at 11:59