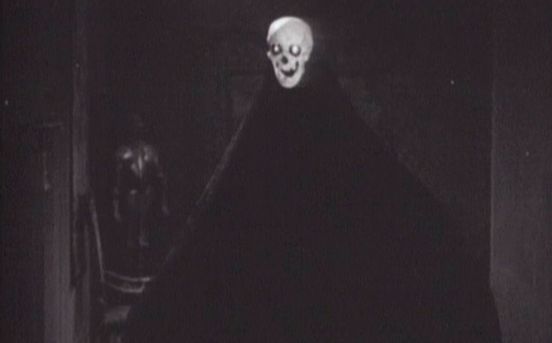 This was one in a series of films featuring the East Side Kids.  They seem to be something like the Hardy Boys meets the Three Stooges meets a bunch of tough guy greasers from the ghetto meets the Little Rascals (?) .  This one ALSO features Bela Lugosi in his usual role of ‘creepy dude who lives in a mansion and reanimates dead people’.

[We meet the gang as they go around town and gawk at the local soda shop girl.]

Lovelock: Is his name Muggsy?

[The radio tells them that there is a monster killer on the loose.]

Starkwell: That’s not really clear if it’s a person who kills monster or a killer who happens to be a monster.

The story seems confused.  I don’t know who all of these characters are.  I’m not even sure what the deal is with the East Side Kids, why they’re in that town and especially, why they’re at a hospital of some kind.  So far the entire dialogue is made up of terrible one liners… Oh wait they’re going to summer camp.

Starkwell: Wait… what?  Aren’t they a little old for summer camp?

Lovelock: Aren’t they a little old to be called ‘kids’?

[I guess maybe you need to have seen the other East Side Kids movies to get into it and understand...]

We see Lugosi for the first time and he seems to have some kind of dwarf assistant and a rad cape, obviously.  We are also introduced to Von Grosch, who is apparently hunting Lugosi and his dwarf.

[The gang plays in a graveyard and PeeWee gets shot by the grave digger.]

Starkwell: That dude straight up shot at a group of kids with a rifle... they were just walking!

Lovelock: They don’t even seem shocked, at all.  Like NOT AT ALL.

Starkwell: His fucking name is PeeWee.

There are some strange cuts here and there.  The transfer looks and sounds terrible, which is understandable and forgivable, given that this is seventy years old.  So the gang takes PeeWee to Lugosi’s new mansion and Lugosi promises to fix him up.

[The gang thinks PeeWee is dead.]

Lovelock: I hope he is dead.

Starkwell: Harsh.  Like in real life?  He probably is... jerk.

Lovelock: Hey man, I’m just looking for something to happen.

[PeeWee sits up and walks away without saying a word.]

[The gang thinks PeeWee is a zombie.]

They knock Lugosi over and wrap his dwarf up in a blanket like a little burrito.  I think Starkwell said something like “well that’s no way to treat your host”.  Then, rather than leaving they explore around like an idiotic Scooby-Doo gang gone (more) stupid.

Lovelock: I guess you can’t really have Lugosi and not do a CREEPY EYES shot.

[The ‘kids’ jump on each other’s shoulders and disguise as a super grim reaper thing and scare Lugosi.]

Starkwell: Is it just me or did Lugosi phone this one in?

Lovelock: I can’t tell if he’s acting scared or laughing or both.

Starkwell: He's probably laughing at us.  For watching this.

The cops show up just in time to catch the REAL monster killer, not Lugosi, but the Von Grosch guy from earlier.  PeeWee is fine, he was apparently jut sleepwalking, and Lugosi isn’t a monster or vampire or zombie master after all… he’s a magician, which might be even scarier.  After the cops catch Monster Killer, Lugosi performs a magic trick for everyone… for some reason the girl from the soda shop is there which makes no sense.  Then it ends WAY abruptly after two of the East Side Kids almost kiss each other after beng fooled by Magic Lugosi.   Yeah.
Documented by Kev D. and Posted at 21:12