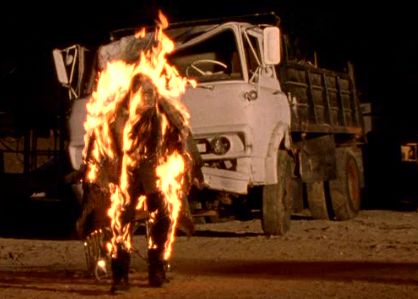 It came from Redbox.  In a lame attempt to mockbuster two current fads, this movie deals with both vampires AND zombies.  Two directors, one movie, no budget, probably all bad.  Starkwell and Lovelock aren’t exactly excited.  Interestingly if you read up on the two guys that directed it, they mostly worked stunts in films.  A lot of films.  Big films.  Interesting.  Maybe the stunts will be good.

[Teens arrive at a lakeside hotel, go for a swim, wrestle in bikinis.]

[Next scene is a girl taking a shower.]

[Vampire kid comes out of the closet and attacks one of the girls.]

Starkwell: Ok, that was less obvious.

Lovelock: At least it isn’t taking long to get going.

Then there was a fight between a zombie and a vampire and Lovelock was like “alright”, but the main characters IMMEDIATELY started looking for weapons and happened to have guns and ammo in their truck, Starkwell was all “what kind of a trip were they on?” and “how come they aren’t more curious about what’s going on?”.  Anyways, then ARMY shows up and starts killing vampires, or zombies, or vampire zombies, not sure at this point.  What I do know is that most of the kids are either dead or dying.

Starkwell: It looks as though most of the actors are probably stuntman/woman buddies of the writer-directors… It’s nice to see, and must have been fun to make.  Fun to watch on the other hand…

Lovelock: It’s their time to shine!

Starkwell: Don’t make fun too much… I just read that the director was a sniper in Desert Storm.

[They are both zombie and vampire… they call them “ZVs”.]

[Some of the kids turn, the others try to run away in the truck.  Truck crashes.]

Lovelock: For a bunch of stunt people and stunt coordinators, I would have expected a cooler crash.

I love that they probably thought “Vampires… Zombies… it can’t fail!”.

Starkwell: We get it.  She’s a good shot.

Lovelock: Why does the music keep cutting sporadically like that?

Starkwell: Probably for the same reason that they need to show that guy setting up the minigun for five minutes.

Sometime after shouting “worst swordplay ever” I think Lovelock actually started getting into it in that ‘so bad it’s good’ kind of a way.  It’s able to achieve that because I think it actually IS trying to be good, as opposed to so many recent ‘bad’ movies that try to play the whole ‘so bad it’s good’ angle.  Did that make any sense?  If not, just know that Starkwell still hates the shit out of this sucker no matter what claiming "so bad it's bad".

[I think that’s a compliment.  Then there was a long dragged out shot of a ZV being burned alive, or not alive I guess.]

Starkwell: I guess they had to do the firesuit stunt somewhere in here.  But did it have to be so long?

Then one of the soldiers dies and it flashes back to him in medieval times.  Well, he doesn’t just die, he explodes.  Anyways, I guess these dudes are immortal warriors of some kind, fighting the spirits of evil and shit.  The flashback takes the level of cheese up about ten or eleven notches, even when that didn’t seem possible.

[So the soldiers are GOOD vampires, and the ZVs are the BAD zombies.]

Anyways, now we get flashbacks and back story on the other good vampires.  One of them was in , one of them writes an advice column under a female pen name!  Yeah.  It sounds crazy, but would I make that up? Tell you what… if I did make it up, I wouldn’t be like “that’ll make a super movie!”

[The two surviving kids volunteer to be bait.]

Starkwell: Is it NECESSARY to show Blondie making a wooden stake for five minutes?

Lovelock: It’s as necessary as the rest of the film.

I give the film credit for actually trying to explain everything.  It’s more than I can say for a lot of these kinds of movies.  And while ANY of the computer effects look terrible, there is an obscene amount of gunfire and flying bodies that look funny.  I’m not really sure what the characters are even trying to do at this point, but what I do know is that only Blondie and main soldier boy are still alive.

Starkwell: Wait, why isn’t she hurt at all?