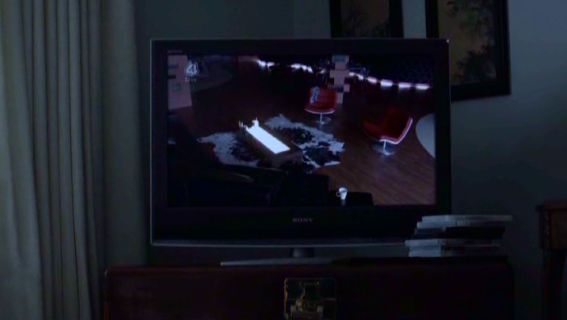 There ain’t much that Starkwell and Lovelock hate more than reality television.  So the idea of a miniseries that both parodies reality show “Big Brother” and includes zombies sounds almost too good to be true.  It works so well on paper that they almost don’t want to watch it, fearing the inevitable disappointment.  But, they’re troopers, so they go forth and attack the two plus hours of zombie fare.

[We are introduced to the characters as well as the narrator who PERFECTLY imitates and mocks the Big Brother guy.  We also get to see the editors, behind the scenes.]

Starkwell: Is it just me, or does this already look amazing?

Lovelock: It is not just you.

[Maybe I’ve been showing them too much crap lately, or maybe this does already show an awful lot of promise.  Plus the main producer character made a “Manchester Morgue” reference which was appreciated by both dudes, and myelf.]

So as the show producers work on Big Brother show and continue to film the flatmates, we are simultaneously treated to news footage that there is bizarre violence erupting throughout .  It is EVICTION night at the Big Brother house and they are getting ready to go live.

[Zombies arrive at the studio, find the crowd of people there cheering for the show and THEN, much chaos, eating and madness ensue.]

As the outbreak absolutely explodes into the rest of the studio, the flatmates are, obviously, unaware of what’s going on right outside.  It’s so well done that not only is Starkwell fully alright with the running zombies, but he is absolutely speechless at how well the whole thing is written, directed, acted and shot.  Lovelock is basically doing cartwheels while singing along to the Mika song playing.  On top of the safe and secure contestants, there appear to be a couple of crew members still alive littered throughout the studio, including main character Kelly.

[Zombie in a wheelchair is unable to get up out of his chair.]

Starkwell: Not sure how I feel about that, dead can get up and walk… unless they were previously paralyzed?

Lovelock: No, actually it makes sense dude.   It’s not like if they lose a leg they can grow it back ET CETERA ET CETERA.

Kelly finds her way into the house with the contestants and tries to explain to them what is going on out there.  They don’t believe her and think she’s just pulling their leg, until a zombie finds its way into the house and then, well, they dive head first into belief town.   And that’s how the first episode ends.

[Episode two starts with a ‘previously on’.]

[So I fast forward… I won’t make that mistake again.]

On top of the Big Brother house and Kelly, we also are following Kelly’s boyfriend Riq and his adventures on the road with the rifle-bearing woman that he met up with.  This whole thing started off with the parody comedy angle, but very quickly went to horror and even a bit of drama, what with the whole WORLD IS ESSENTIALLY OVER thing and a soundtrack that may as well have been supplied by Mogwai at there most melancholic.

[Riq and Woman’s Jeep broke down, and Riq is trying to fix it.]

[Zombies show up and chase Riq and Woman (Alex) down the street in the dark and they come across a huge mansion.]

[Meanwhile one of the flatmates was bit and is starting to turn.]

Kelly and two of the flatmate dudes venture away from the house to try and get antibiotics for the recently bitten Sassy Black Woman of the house.  Riq at the mansion notices that they are still broadcasting live feed from the Big Brother House and starts watching.  While they are out, the bitten woman turns and bites the other contestant.

[They push the zombie woman into the hot tub, and she just sits there unable to move.]

Lovelock: Zombies can’t swim!  Man, if ever there’s an outbreak, I’m getting a fucking boat.

Starkwell: Good luck with that, you hate open water.

Lovelock: True, but not as much as I hate dying, or birds.

[We’re onto episode four, Riq now knows his girl is alive, and the flatmates have begun clearing the area enclosed within the studio gates.]

Starkwell: The nods to “Dawn” are a nice touch.

Lovelock: It’s all fine and dandy that Riq loves her, but she was banging that other dude that worked on the show.

Starkwell: Not many people left in the world… beggars can’t be choosers.

[Riq finds a boat and is going to sail on a river that apparently goes toward the back of the studio lot.]

Starkwell: Wait, so now you want him to find her?

Lovelock: No.  He should just sail off into the zombieless sunset with Alex Gun Woman.

The main producer scumbag guy is still alive and finds his way back into the house along with the random bimbo girl.  And then they all start waxing philosophical about why this may be happening.   Terrorist attack?  Military experiment?  Act of God?  In other news, Alex dies along the river.

Lovelock: See, my boat plan only works if you never get out of the boat.

[Scumbag Producer chops up one of the dead people to throw some ‘bait’ to the zombies blocking the front gate.]

[Kelly is okay with the plan.]

Lovelock: I told you dude.  She is no good.  Riq deserves better.

[Riq makes it to the house, Kelly and Riq kiss and hug, Kelly tells him he stinks.]

Lovelock: If anyone stinks it’s her.  Of CHEATING.

So, in the final episode, they end up tying up and gagging the scumbag producer guy, who then tries to turn the unpopular flatmate over to his darkside, and it works almost immediately.  Unpopular dude frees him and they take Kelly as a hostage and attempt to break free of the Big Brother House.  Of course, this backfires and a bunch of zombies get in and everyone starts getting eaten.

[Then he passed out from over excitement.]

Well, the world is fucking over.  And as always, we are the real cause for humanity’s demise.  And now we just sit and watch zombies on TV.
Documented by Kev D. and Posted at 08:00