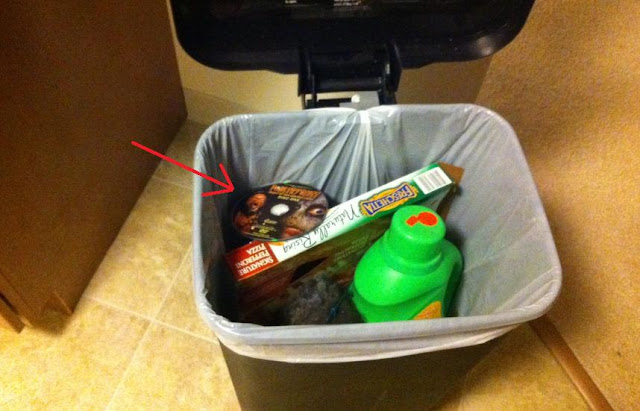 I won’t lie, I’m not sure how to approach a Troma movie anymore.  This one is an actual Lloyd Kaufman production, but that doesn’t help dilute the fear I can see in Starkwell and Lovelock’s eyes.  I can’t put it off anymore.  It’s Troma time.
[...]
[Opening shot of teenagers boning in cemetery.]
Starkwell: With an opening line of “You’re the best dry humper in town”, the bar has not been set very high for this movie.
Lovelock: I’m confident that they will win us back.
[...]
Lovelock goes into every Troma film thinking that it will live up to the expectations set by the box and the trailer.  He honestly feels like 'this one will be the one', that it will change his life.  It usually does, but never for the better.
[...]
Then zombie arms come out of the ground and grab them while they are having sex, they don’t notice. A zombie breaks its finger off in the guy’s ass, he doesn’t notice - he just thinks it's a butt plug she put in his ass.  Then they show us a guy watching them and jerking off.  Then a zombie shoves a fist up the Peeping Tom’s ass.  The zombie arm goes through his body and comes out of his mouth, grabs the underwear that he was sniffing and pulls said underwears back through his body as his torn asshole erupts with blood, guts, poo and a pair of panties.
[Starkwell is missing...]
There was just a loose leaf paper with a note on it. "You're on your own."  Lovelock seems intent on sticking it out for the remaining ninety minutes, so I will track down anything important that he says.
[...]
Lovelock: This would work better if any of the jokes were actually funny.  I’m actually offended.  Not by the content, but by the writing.  I think someone needs to explain satire to these writers.
[...]
I could see Lovelock getting stressed out and angry at this movie.  With every passing minute it seemed to get lamer and lamer.  Someone needs to tell these writers that showing shocking and gross things just for the sake of doing shocking and gross things isn’t funny.  Also, tell them to never make a movie again.  You know when someone tries really hard to be your friend, but just ends up coming across as a phony?  That's this movie.  It tries so hard to be funny and edgy and "controversial", that really, it just ends up sucking. Hard.  It's like the movie was made by a bunch of eighth graders... but not the regular normal eighth graders, or even the class clown, or the arty kids.  This movie was made by that kid in eighth grade that thought just SAYING the word semen, or fuck, made him funny.  Boy was he wrong.
[...]
Lovelock: The black manager guy Dennis is the only good part of this movie.  And even so, he's not really any good.
[He never did anything else after this movie, probably because this film soured him on movies and ruined his life.]
[...]
Then we fast forwarded.  A lot.  Then we stopped the movie.  Forever.  Did I mention that there were lame musical numbers?  This movie deserves the 'UNWATCHABLE' tag, but will get a mark for the special effects, which were in fact disgusting and effective.  I got to stop now, just writing about this movie is hurting my brain.  Fuck you, Troma.  It was nice to see the movie end on the Troma car flip, though.
Documented by Kev D. and Posted at 22:55