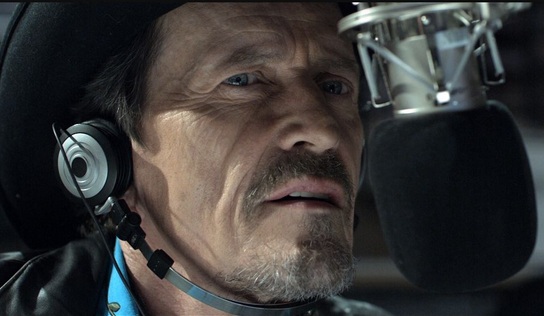 Being Canadian, I take a great deal of pride in Canadian productions.  I love the “Kids in the Hall”, dug the “Trailer Park Boys”, and am so proud of “Kenny Vs. Spenny”.  That being said, it doesn’t mean that I’ll like something just because it’s Canadian.  The original “Degrassi” makes me feel all icky inside, I don’t understand the appeal of “Corner Gas” or the “Red, Green Show” AT ALL, and, amazing theme song aside, “The Littlest Hobo” makes me want to blow my brains out.  Why am I telling you this?  Well, I’m about to have Lovelock and Starkwell watch Bruce McDonald’s 2008  Canadian Production, “Pontypool”, that’s why.  Let’s see if this is one to make us proud, or make us feel great shame for our Northern roots.

Lovelock: You know it’s illegal to not have winter tires in Quebec now?

Starkwell: Why would you say that right now?

Lovelock: I’m trying to distract myself from how scared I already am.

Starkwell: You know it doesn’t always snow in Canada, eh?

The film proceeds to introduce us to the main characters, with dialogue, acting and directing that is as good as it gets.  No sign of a zombie outbreak yet, but the mood is definitely bleak, and they continue to hint that crazy shit is going down, in the small Ontario town of Pontypool.  Creepy shots of snow accompanied by a terrifying soundtrack aplenty, Starkwell commented on how scary everything looked and felt and then basically shushed Lovelock any time he would try to say anything, not wanting to miss any dialogue in this dialogue driven movie.  I may have shushed them a few times too, because, damn, the main character Mazzy is SO COOL.

[Horrible zombie attack is described via a radio correspondant.]

Lovelock: So, are they not going to show us any zombie action?

Starkwell: If it’s all as effective as that, I don’t think that they need to.

Starkwell: Nothing to be ashamed of, I’m pretty sure I just peed.

Lovelock: I think I might try and watch the movie from the toilet.  I can’t afford to soil any more pantaloons.

[Dr. Mendes starts explaining what is going on.  The English language is the problem.]

Lovelock: I kind of want to stop talking, just in case.

Starkwell: I kind of want you to stop talking too.

Starkwell: I really want you to stop talking.

Lovelock: Well, thankfully I was already on the can for that one.

Starkwell: I think this movie should come with a warning.

Lovelock: I think this movie should come with a diaper.

Although actual zombies are barely ever shown, this is one of the best zombie films I have ever seen.  Yes.  It’s that good.  It’s also further proof that a good zombie film has little to do with zombies.  It helps that the closing line was incredible.  As the credits rolled, Starkwell and Lovelock held hands and claimed that they will remember this moment forever.  Oh Canada.
Documented by Kev D. and Posted at 19:05