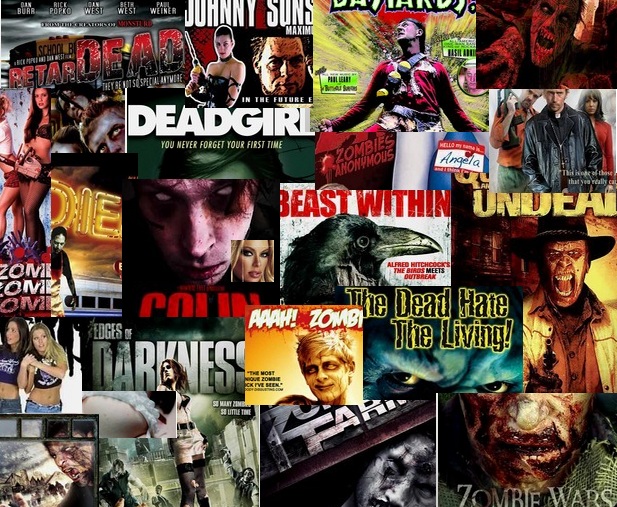 I have a high tolerance for pain.  I’ve sat through Sho Kosugi movies.  I’ve seen Chuck Norris in ‘Firewalker’ more times than I would care to admit.  I’ve watched ‘Action Jackson’ without fast-forwarding.  I can openly admit to seeing the majority of the Charles Bronson movies from 70’s and 80’s and lived to see another day.  Starkwell and Lovelock have a decidedly lower level of patience. The following is a list of movies that are being categorized as UNWATCHABLE.

For a movie to be classified as such, it means that they were unable to watch it in its entirety, and that it made them both wish they could set fire to their eyeballs, ears, and possibly brains.  The following are brief statements from either Lovelock or Starkwell regarding the movies in question.  None of these were viewed in their entirety, nor would I recommend that anyone take on such a venture.  It is also important to mention, that they were all attempted on the same day, in a row, with nothing but bathroom breaks (in some cases for vomiting) in between.  It was a long day.  They were all streamed off of Netflix, so don’t worry, no money was spent, just precious time that will never grow back.  Have at it, in chronological order.

Lovelock: Feels more like ‘The Filmmakers Hate the Audience!’.

Lovelock : This feels like the kind of movie that the dumbest kid in your grade eight class would make.

Lovelock: A zombie western, made by people that probably have never seen a movie from either genre.

Starkwell: This movie couldn’t awaken a viewer, so, yeah, good luck with the dead.

Lovelock : Did we watch this one?

Starkwell: Who the hell knows anymore?  Even if we didn’t, let’s not.

Starkwell: I’d rather stare at the movie’s DVD cover and imagine a story for ninety minutes than ever watch any part of this again.

Lovelock: I’d rather stare at you staring at the DVD cover for ninety minutes than ever watch any part of this again.

Starkwell: A how-to guide on creating characters that no one could ever like, and a story that no one would ever want to see through until the end.

Lovelock: The review for 'Beast Within', which is just a two word review, just says “Shit Within”.

Starkwell: As offensive to the movie viewer as the title is to ANYONE WITH ANY COMMON DECENCY.

Lovelock: You know how there’s that one lame person at work with all the Goth shit in their cubicle, and they still listen to ‘Pretty Hate Machine’ and think that their purple hair makes them edgy?  They made this movie.

Starkwell: Actually an interesting concept, but the lack of budget made it impossible to watch.

Lovelock: Try to find information about this movie.  You won’t.  That’s because no one knows how it ever got made.  Probably best that it remains a mystery, so that it never happens again.

Lovelock : You know there was that one lame kid in high school who thought the meaning of life was Japanese Animated pornography and listening to the 'Insane Clown Posse', and thinking that his parents were just fascists trying to bring him down?  Yeah, they made this movie.

Lovelock: This magical group of movie makers thought that they could improve bad writing and bad acting by adding naked spanking and full frontal male nudity.  Try and guess if they were right or not.

Starkwell: It took five seconds to realize that the movie’s entre budget went on designing the movie poster, and not on anything else.

Lovelock : This is another one that you won’t be able to find much about.  That’s a good thing.  Please, don't look.

Starkwell: This movie might have actually been alright, if it wasn’t so horrifyingly awful.

These should be mandatory viewing for anyone out there trying to make a zombie film as a reminder of what can happen when you do it wrong.  These movies had such a profound impact on Lovelock and Starkwell, that just hearing the music from the Wii Menu now makes Starkwell lock himself in the bathroom and Lovelock stick his head in the oven.  I think that while they are in recovery from this self-inflicted torture poopfest, I’ll try and refrain from loading up Netflix for a little while.

I’m going to go read them a bedtime story from Max Brooks’ ‘World War Z’ and rock them back and forth into a happy and blissful coma.
Documented by Kev D. and Posted at 15:04